I went for a day of exhibitions in London recently and I felt truly spoilt by all the art beauties I discovered. First stop was the Food Glorious Food exhibition at the V&A’s Museum of Childhood. Goodness, I love that place. I saw a 1960’s milk float toy, miniature kitchens, vegetable fancy dress (I resisted the urge…just) and vintage food packaging. C.W.S Blancmange Powder, Tom Piper Stewed Steak, Surprise Quick-dried Garden Peas, Sutherland’s Secret Cottage Pie Filling. I also had a gander at the rest of the collection and paused to do a very wonky drawing of a miniature version of a townhouse c. 1780. It was titled ‘A Little House’ and whilst I was drawing it I overheard a teacher say “I don’t want any tittle tattle” to his group of pupils. I wish more people spoke in this way.

Next stop was the Gabriel Orozco exhibit at the Tate Modern. My favourite piece was his “Obit Series,”  a series of large scale prints of obituary headlines Orozco collected from the The New York Times. The name and age of the subject were not stated, instead you had about five words to sum up their life. Here are a few: Clock keeper, advocate of therapeutic bee sting, Inventor of Catastrophe Theory and lived in two worlds: white and black, both bitter. 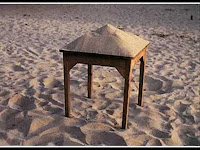 I finished with The British Art Show 7: In The Days of the Comet at The Hayward. There I witnessed Christian Marclay’s “The Clock,” and my, it was beautiful. The 24 hour long film (I arrived at 4.02 and left dead on 4.30) is essentially a series of excerpts from films which feature clocks, watches and characters that relate to a particular time of day. It was all synchronised with real time, with a narrative that had some relation from one film to the next. I am in awe of anyone who pays a great attention to detail. Patience. I think that is one of the many reasons why I am obsessed with anything miniature. 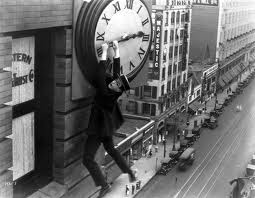 WE EXCEEDED OUR CROWDFUNDER TARGET! THANKS!