About a year ago, one of our favourite online record stores, MovieGrooves, closed down. We were distraught like when Anna Karina dies in that movie [we best not say which one we’re thinking of] but this week we discovered that it’s been bought out and will be back online soon. So now we’re elated like Linda Lovelace. In celebration of it’s imminent return, this edition of ‘Tunes of the Week’ has Matt showing you around the library of 60s and 70s soundtrack music:

[please note: some of these clips/links may not be suitable for work]

1. Manfred Hubler and Siegfred Schwab – Vampyros Lesbos OST. This was my first purchase from MovieGrooves after spending days and days listening to clips of loads of rare soundtracks that I’d never heard before [I later found the movie in Air Entertainment in Chatham of all places]. The groovy nature of the music mixed with psychedelic sitar and bursts of horror makes this a must have and has made a regular appearance at Moogie Wonderland over the last 5 years. It was recently released on the Crippled Dick Hot Wax label along with other brilliant soundtrack records such as Schulmädchen Report by Girt Wilden & Orchestra.

2. J.J. Johnson – Cleopatra Jones OST. Cleopatra Jones was ‘the soul sisters answer to James Bond’. A funky soundtrack with plenty of wah and smooth basslines as you’d expect from possibly the greatest example of music in blaxploitation films, sitting nicely alongside Superfly and Coffy.

3. Piero Umiliani – La Ragazza dalla Pelli di Luna OST. This has italian composer written all over it. Suprisingly similar in parts to the more famous Ennio Morricone masterpieces, this lush orchestration leaves you mesmerized as much as the enchanting character played by Zeudi Araya.

4. Bruno Nicolai – Agent Speciale LK OST. Bruno Nicolai was about as diverse with his soundtrack compositions as it gets. From western and horror scores right through to swinging spy tracks.

5. Gerard Damiano – Deep Throat OST. I mentioned Linda Lovelace earlier – for those of you who didn’t know why she’d be in ecstacy, this film would be why. A very diverse score that ranges from the soulful and downright dirty to twee obscurity. I’m pretty sure the theme tune heavily influenced a Moogie Wonderland favourite [when we’re feeling brave] by Toy, but here is a track we occasionally play direct from the Deep Throat OST [the first track in the clip]. 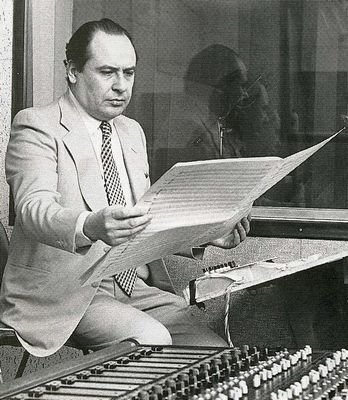 Shopping – “In Other Words”